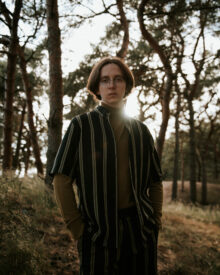 Real talents show what they are capable of at a very young age. IBE is no exception to that: as a 17-year-old he’s taking the music world and the hearts of the public by storm.

After winning an Ed Sheeran cover competition initiated by Studio Brussel with a beautiful rendition of ‘Tenerife Sea’, IBE’s big breakthrough comes when he takes part in The Voice Van Vlaanderen. After he moves the viewers with his blind audition and covers of tracks by Billie Eilish, Lewis Capaldi, George Ezra and many more, it comes as no surprise he wins the competition by a landslide.

His victory at The Voice, which earned him a record deal, was only the beginning. Five days after the finals, IBE releases his first single ‘Table Of Fools’ (3.1M streams), which rushes into many playlists and straight to the number 1 spot on Studio Brussel’s ‘De Afrekening’. IBE’s triumph during The Voice showed that he manages to stand his ground as recording and a live performer. Both of his headline AB shows sold out in the blink of an eye, and he managed to win over the crowd at Rock
Werchter too.

His brand new single ‘Perfect Storm’ is yet again on its way to the top of the charts – and came hot on the heels of winning ‘Break Through Artist of The Year’ at the Music Industry Awards – the Flemish music prizes.

In other words: IBE has become a phenomenon.
A Belgian talent to be proud of.